No members of the Private Runners own a show car. If we decide to show our cars at an event, it will act more as a display to show what we are about. PVT member V. Dabis Jr did just that. Before the event; the night prior, he took his Civic out for some good ol’ rally fun, leaving it dirty for the show. 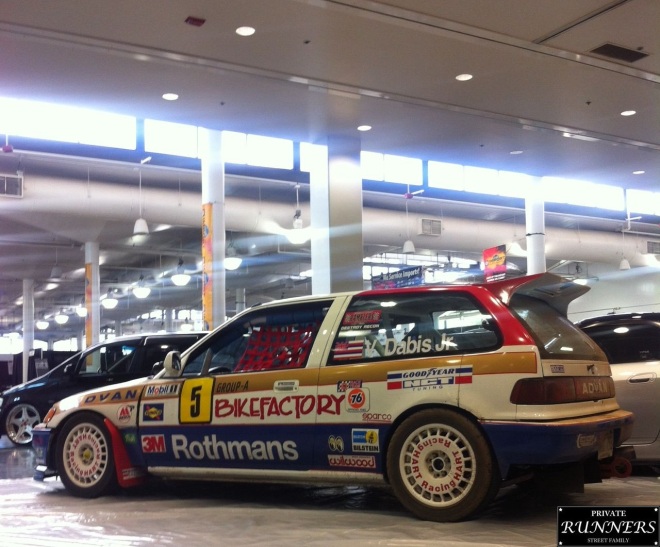 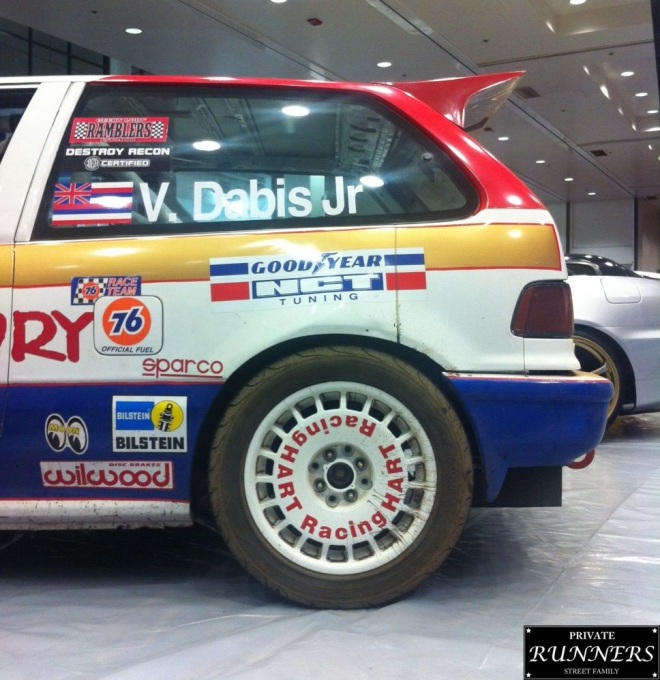 Not being much of a car show person, he left his car on display and went ice skating for most of the time of the show. When he returned to the event he was granted with the trophy for best engineering. 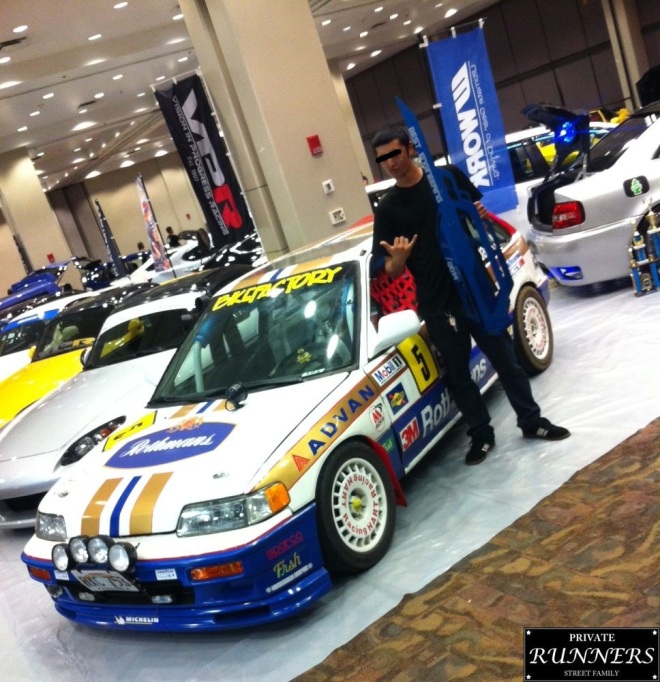 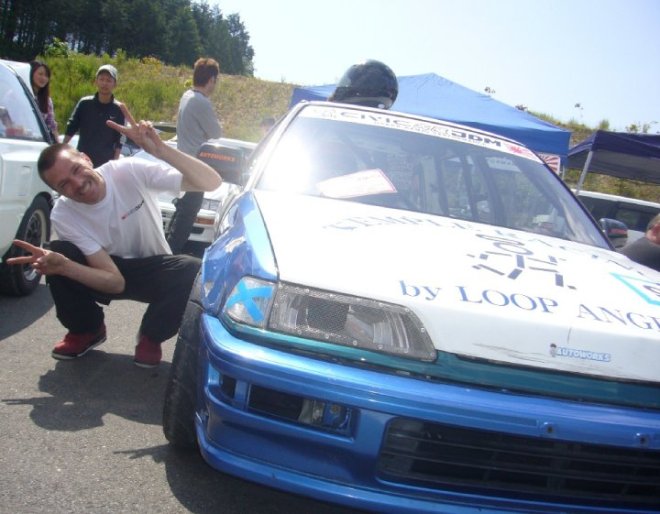 He was mentioned in the Sept 2012 issue of Super Street, in the article In The Loop as the “Frenchman” 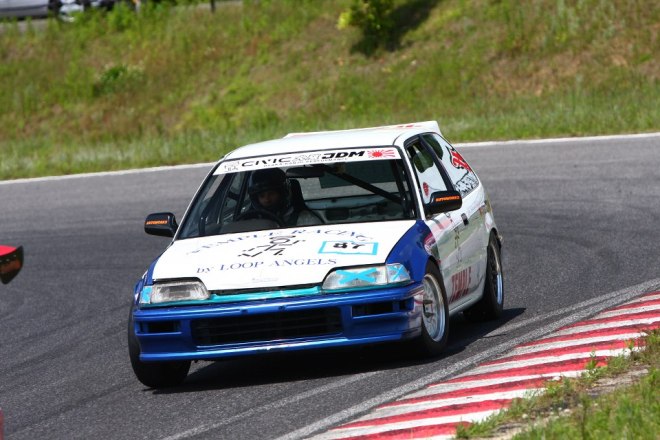 He also had a spot light in this article on Honda Tuning: Osaka JDM Civic AH – Dented and Scratched

“Osaka JDM’s team racing driver, Franck Decadi, has led an interesting life and continues to do so without any form of respite. Originally from Pontoise, France, Franck was a pro driver in the 1990s and has owned 47 Hondas in his lifetime! He met Furukawa-san of Osaka JDM in 2009 when he was shopping for an EG6, and they quickly became close friends. Franck eventually started helping around the shop both as a mechanic and as an advisor, and before long, he was spearheading their import/export division. From there he started racing their ZC-powered cars against multiple K20 monsters and beat the snot out of the likes of, well, everybody! With a B16/B18 heart under the AH’s bonnet, it seems like Franck and the Osaka JDM team are quite an unremitting force in their division. Last year alone they clinched the Historix Race Championship, finishing first overall and shocking a lot of big-name tuners in the process. Franck currently lives in Osaka, Japan, with his wife and son, and dreams of one day racing here in America.” 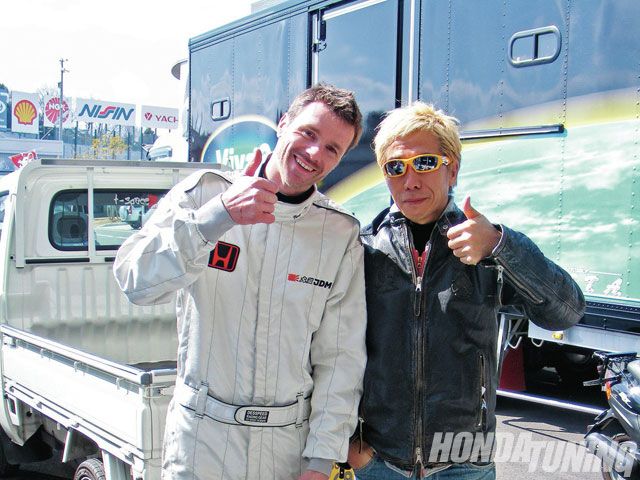 A interesting story he shared with me is that another reason he landed a job at Car Craft Boon is by beating Kazuhiro in a race. Being good with business the two decided to do a “fusion” together.

Franck definitely has some experiences with other kanjozoku teams.
I posted this photo on my facebook few months back 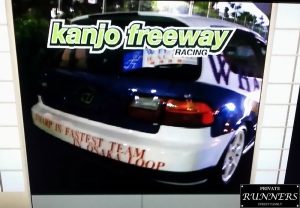 and Franck responding to what’s written on the bumper:
“Not really but they are fucking fast on their own touge”

Here’s the set up of the AH in that video 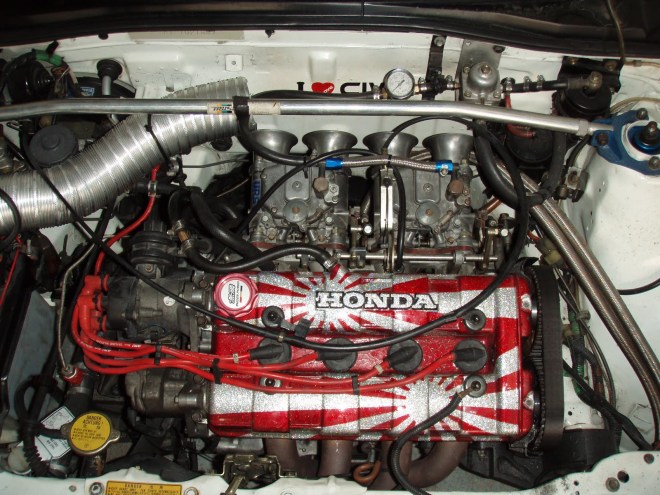 Franck is currently back in France doing his thing 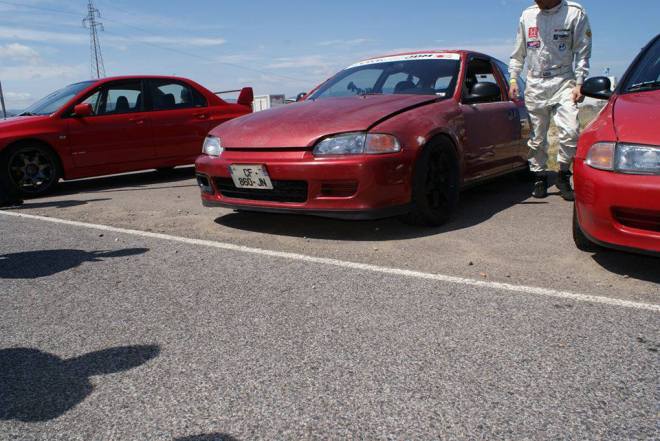 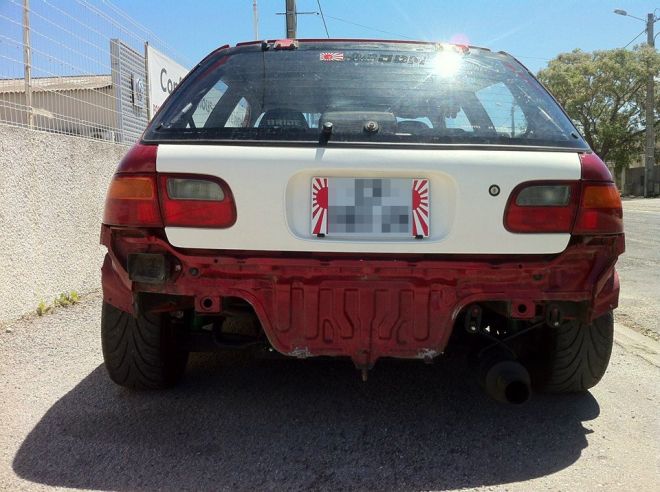 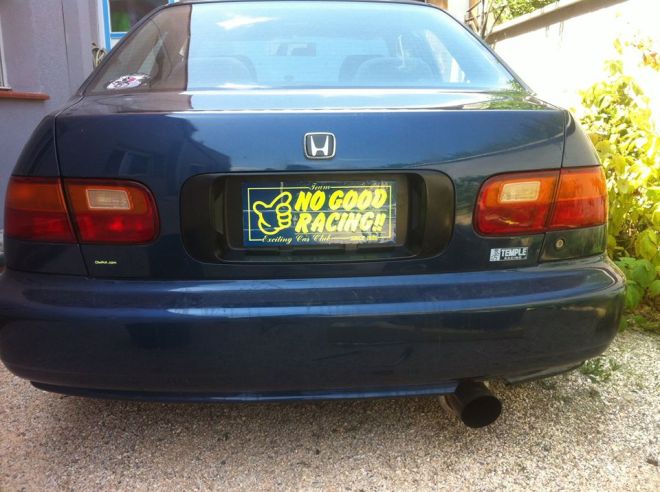 Cheers to you Franck Decadi!