Flashback Friday with this one! Who has all of their dvds?!

This one isn’t as “friendly” as my last story, but indeed it was a good run. This takes place some time after 4/24/2012, cuz that was the date I dyno’d my car. I remember as soon as I pulled off the dyno I went to test it out. My first victim was a first gen Porsche Boxster, then a third gen 7 series BMW that was stupid loud. I was and still am very content with the power I have from the tune, and there’s plenty room for more power (I made that power on a JDM ITR header with ITR piping to a del Sol muffler! 🤯). There’s nights where I would rock the PVT exhaust for better flow, but that’s on late empty nights. I was on my “stock” set up this day. I had no intentions of running. But it just so happens that people see a cute lil red EG and want to fuck with it.

I was coming from Tougel’s crib going home. The junction from I5 south to 99/50 has a nice left sweeper turn which I go balls out on every time I hit it. Before the junction this Charger was tailgating me. Whenever this happens I just go slower and make them go around, mind you, I’m already in the slow lane. I don’t go slow in the faster lanes. This fool speeds past and I happen to look over, he’s smirking at me like I’m afraid, so I chase him. I’m keeping up and then the junction comes, this guy rides the brakes; he’s that type of driver. The turn is two lanes, I take him from the outside and exit the turn at full blast. Before all of this, when he sped by me I heard that it’s a V8. So I made sure that after I took him on the turn I was balls to the walls, cuz after that junction it’s a straight shot.

After I blasted out, I was redlining every gear from there; hitting rev limiter. I wanted to make sure that the V8 didn’t catch up. I’m not the type that “smokes a V8 like I smoke marijuana” I am well aware how powerful those engines are (before Honda’s I was into low riders. A Caprice Classic was almost my first car!). Once I made it onto the straight, I see him in the rear view hauling ass! This is where the run takes place.

From there I stopped looking at my mirror and focus on the road (of course!). We ran it to where the pin in dropped in the image above. He never caught up to me. He ended up getting all the way over to the right lane to either go on the 99 South or Business 80. We both disappear. But that’s not the end. It’s as if another car saw the action and since the Charger already left I was his target. It was an older BMW, perhaps a 3 series from the late 80’s (I only saw it from the side). This dude can drive! And there was surprisingly a lot of cars on the road still. I had to perform some straight up kanjozoku shit, and dip into the emergency lane/“parking” at one point. I can’t post pictures of where I did it, but if I got caught in traffic he would of smoked my ass!

The Hwy runs through an underpass. CHP hides under there sometimes and lucky they weren’t there. So I used that as a sort of “gutter technique” to zip around the pack of cars that was blocking us. And that’s where I left his ass, hitting rev limiter again in every gear. Talk about an adrenaline rush. If you’re a Runner at heart, you know how to use traffic to your advantage, and no one is immune to that. Not even me. I ended up exiting after I lost him and took the back roads home, I was super paranoid cuz this was around 9pm-ish on a weekday! There were still a lot of cars on the road! Perfect opportunity for the law to get someone.

I’m glad I don’t do shit like that anymore. I have a lot to lose. I’m glad I can sit here and tell my stories. I never “picked fights” on the road, when ever I ran against someone it’s because they chose to fuck with me, and that only happened a few times. Remember us PVT RUNNERS don’t care about winning or losing. Matter of fact, most of the time when me and Tougel ran our loop, we weren’t running against anyone. We would pretty much play Hwy tag and/or test our abilities. I only ran against a few people on the Hwy. We are not street racers. Though, it is one of my favorite Motorsports. ✌️

Cuz we all need mental healing from 2020

Seeing this episode always makes me miss my home town. Fun fact, I actually seen the entrances to those tunnels…

Some throwback photos from 2012:

It wasn’t an ideal tire set up, but again I had to run what I got. Those days of driving at that speed are over however, I don’t go over 85mph nowadays. It’s all about maintaining now. Living to tell your story.

“I had to pray before going into corners” said Shunei Kawasaki who drove the SS Works CRX on Best Motoring’s Roaring VTEC: Battle at 10,000 RPM. I felt the same way on my tire set up back then. LOL

P.S., I drove by this bar today, and there were people outside enjoying their drinks

It made me think of this

In a monks perspective, night time in downtown Sacramento was our version of the Himalayas to me and Matt. Imagine being alone in the Himalayas meditating and practicing mantras; that’s how it felt to us when we roamed the streets of DT Sacramento when we were younger. 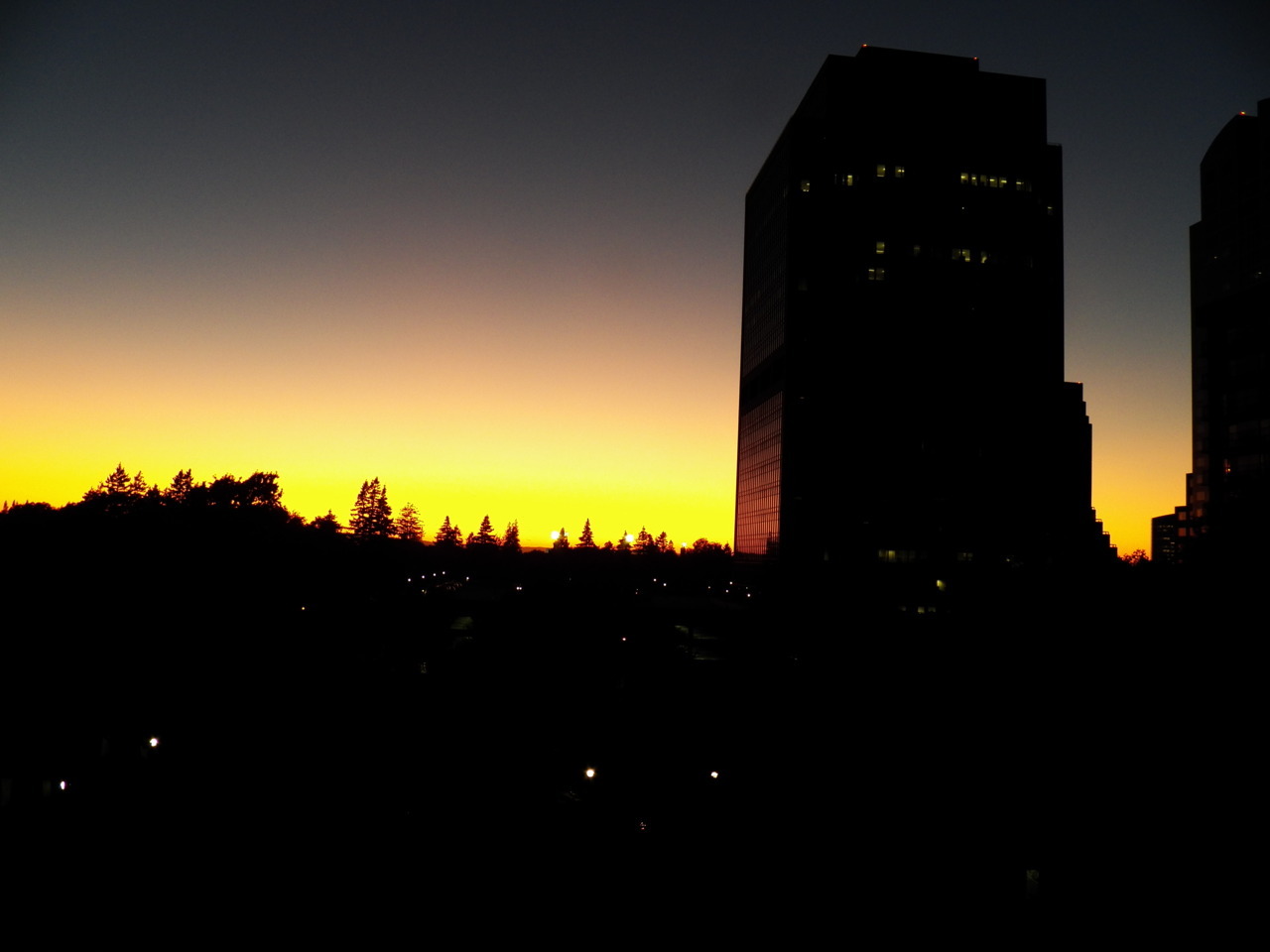 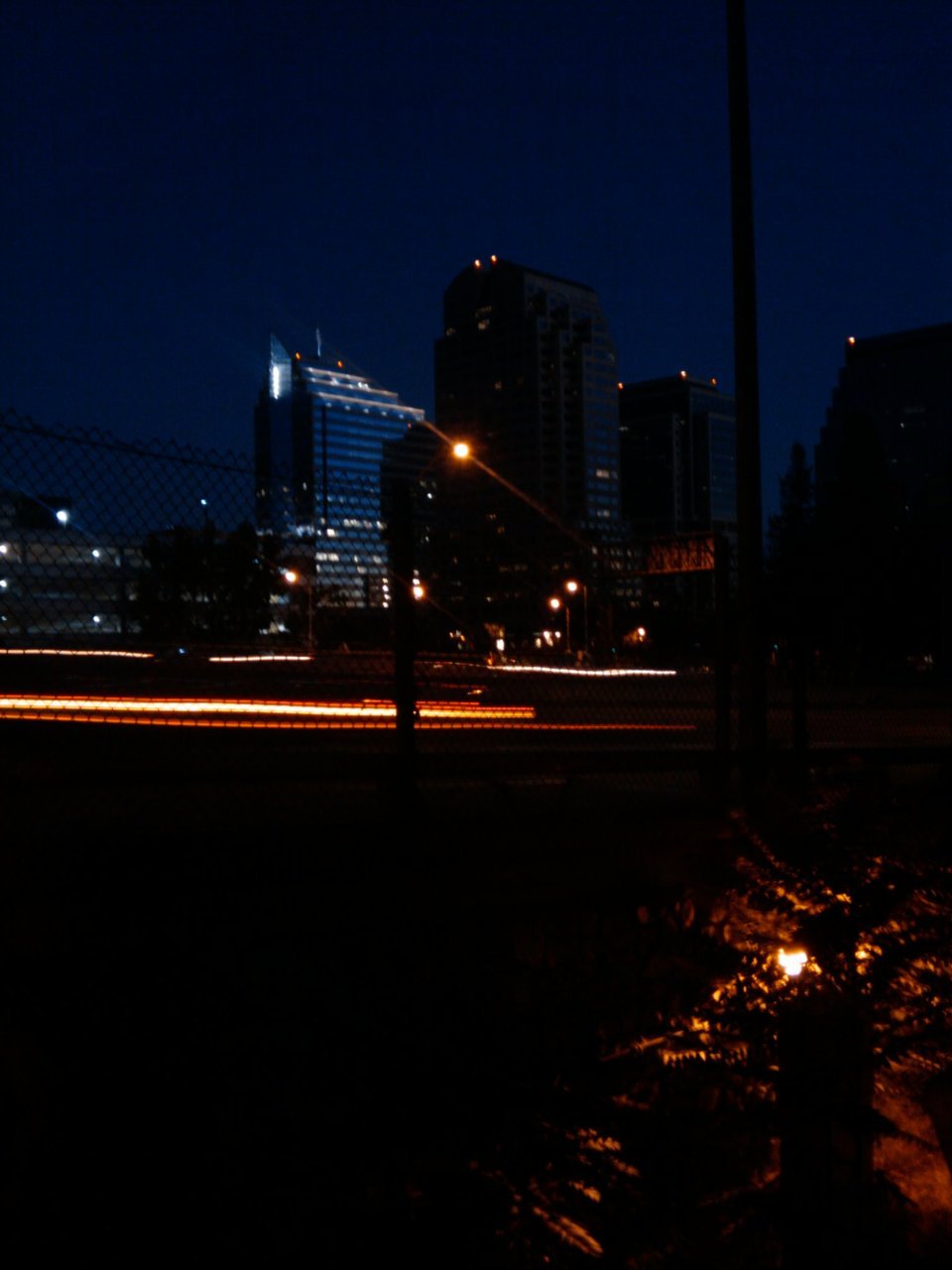 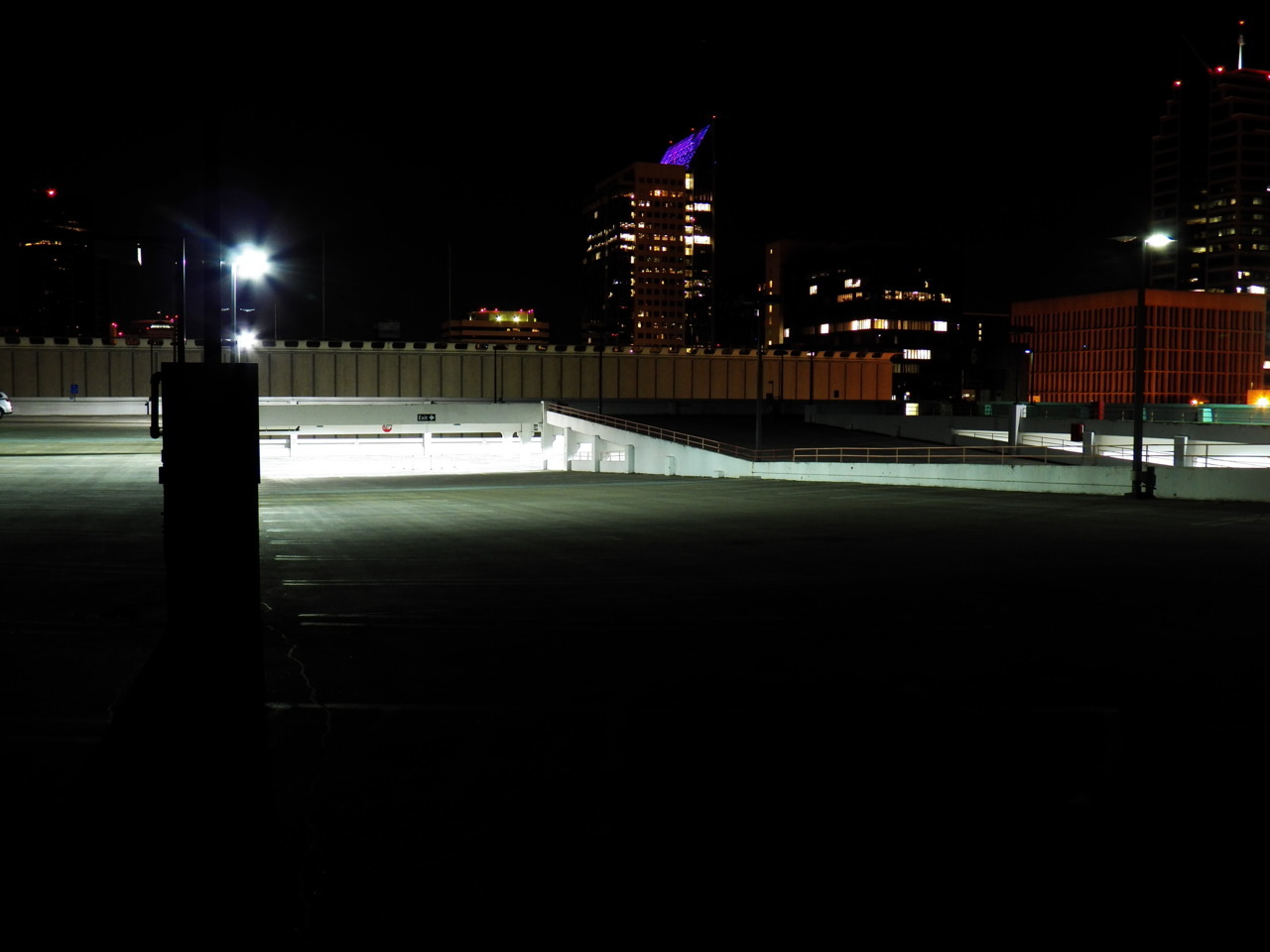 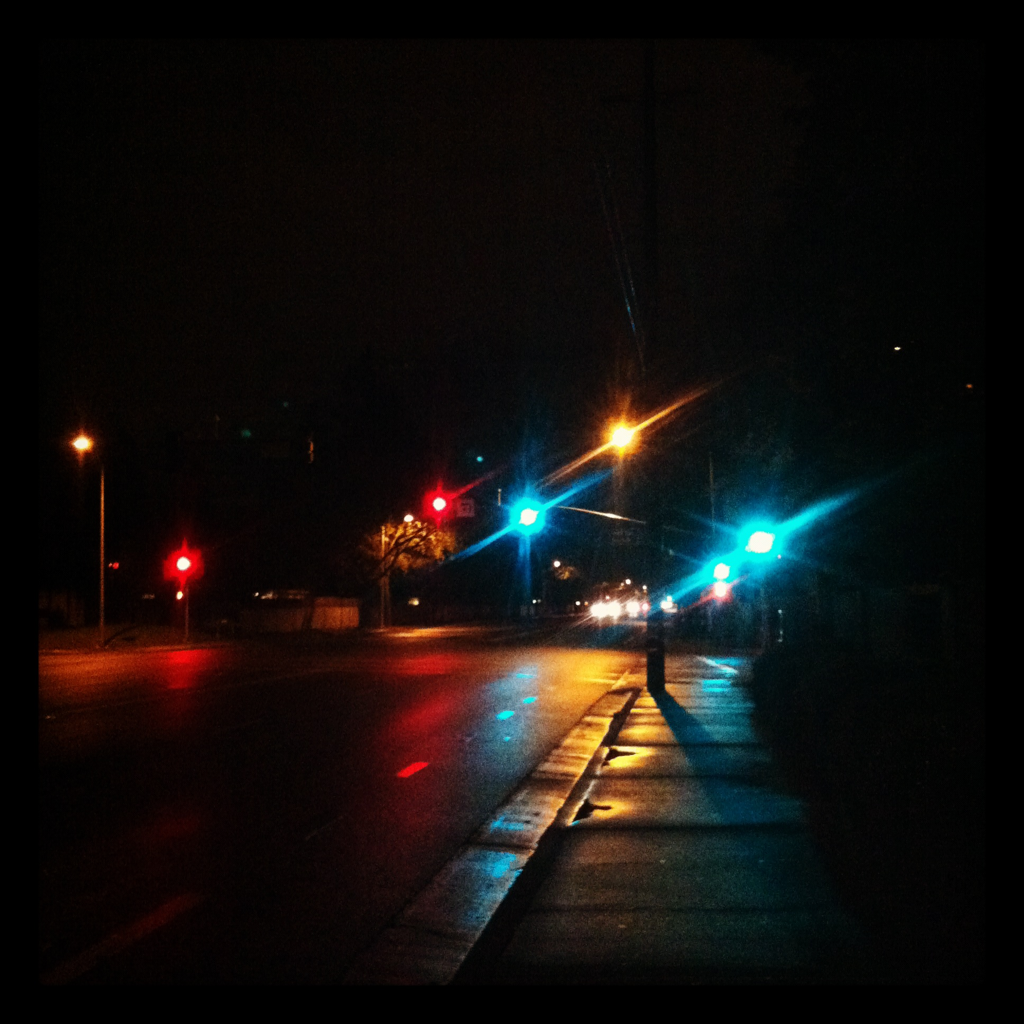 Here is a song of simpler times and one of the many songs in the soundtrack of our lives:

Around this time of the year I always looked forward to shark week. Back in the days it acted as an aquatic mine of info on one of my favorite animals on the planet.

Since shark week is different now, I look forward to National Geographic’s Sharkfest. I am sure it’ll be more informative than watching Rhonda Rousey dive with sharks (no disrespect to her at all). The name Sharkfest is also shared with a car meet that focuses on a specific BMW model which my pops used to own; the BMW 635 CSi. These are the only pictures I can find before it was lost for good. The feature that never happened.

For those who don’t know, they get the nickname for this specific body style because the front end is shaped similar to a shark (along with many other BMW’s).

The NGR red shark was transformed into the orange and black red bull NGR EG6 years ago. From my understanding the boss of NGR doesn’t own it anymore. 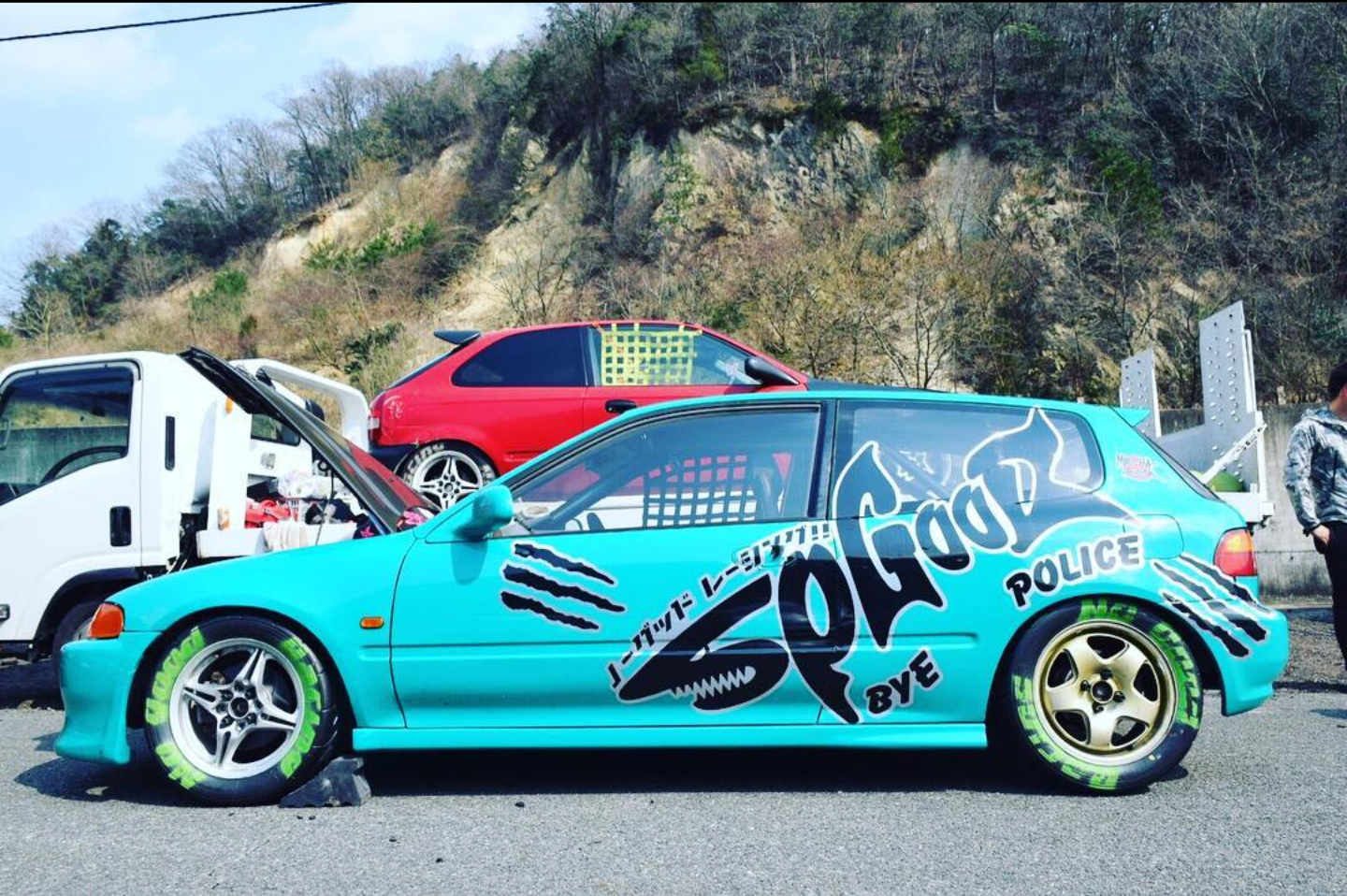 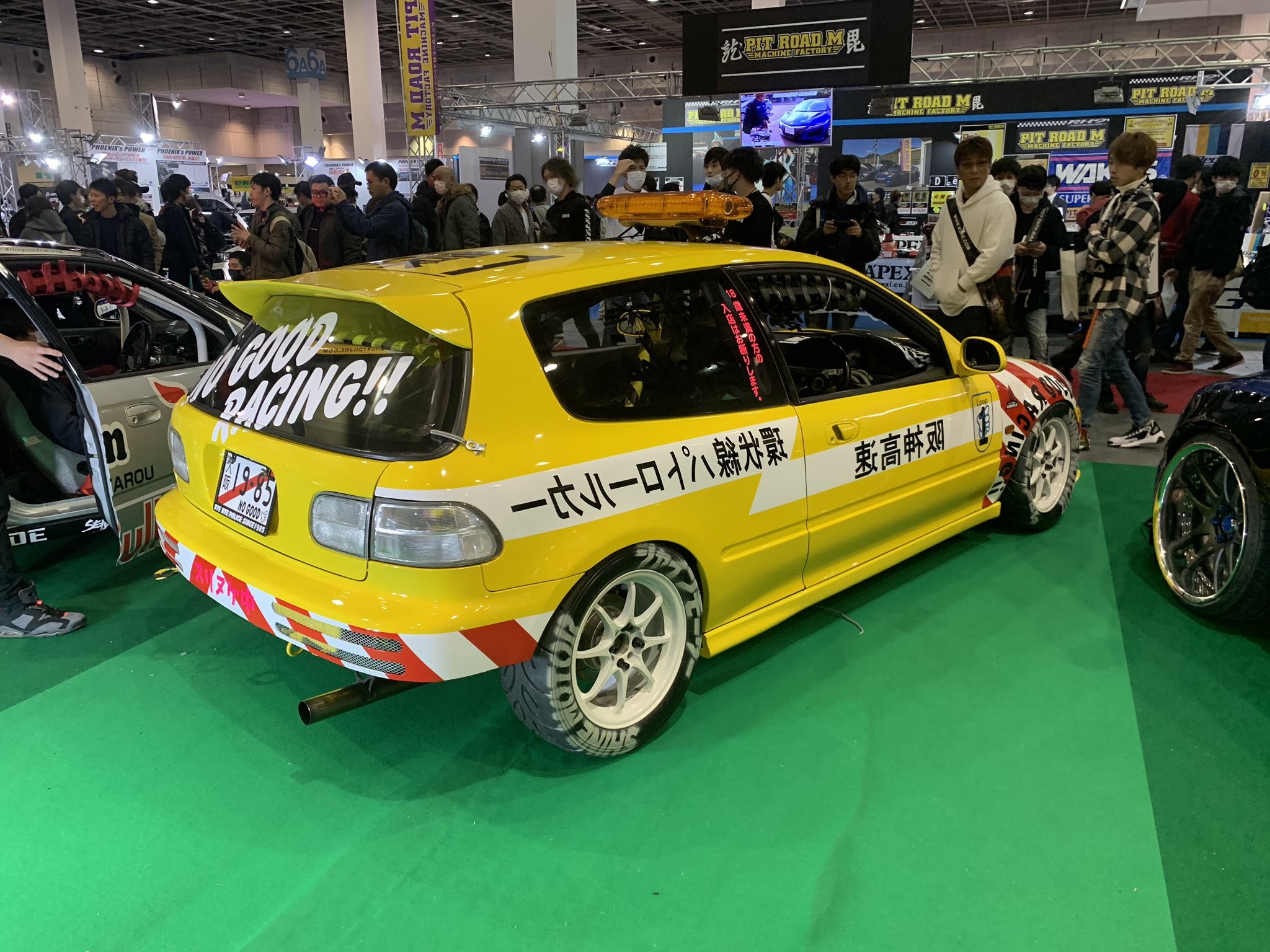 The NGR teal shark transformed into the “highway maintenance” themed EG6 which debuted at the 2020 Osaka Auto Messe (Wrecked back on April).

The NGR blue shark got into a bad accident a few years ago, but made a full recovery and still hauling ass on the track and street.

The white, yellow and pink NGR EG6 Civic’s still exist. They’re rarely seen at track events but when they appear they let it rip, even on the streets.

The shark sticker on my car also serves as a homage to the NGR shark Civic’s. The short fin mako is the fastest shark on the planet. It uses speed rather than brute force to catch it’s prey. Sharkfest continues tomorrow for 3 weeks, peep it out. Have a good week y’all.

“Learn the language, stick to the code.

This will be forever it’s an open road. 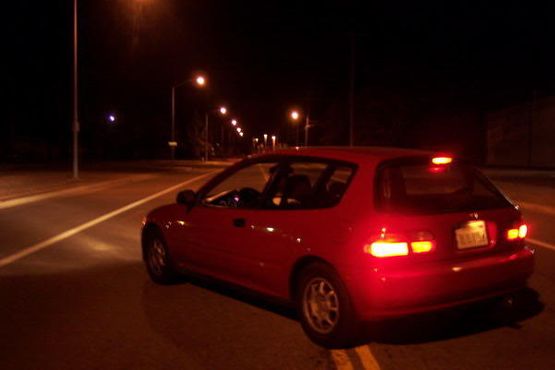 You’re in control for the very first time.

Bit by bit you will totally… Unwind.

Are you proud of your new name?

Do you love the rules of the game? 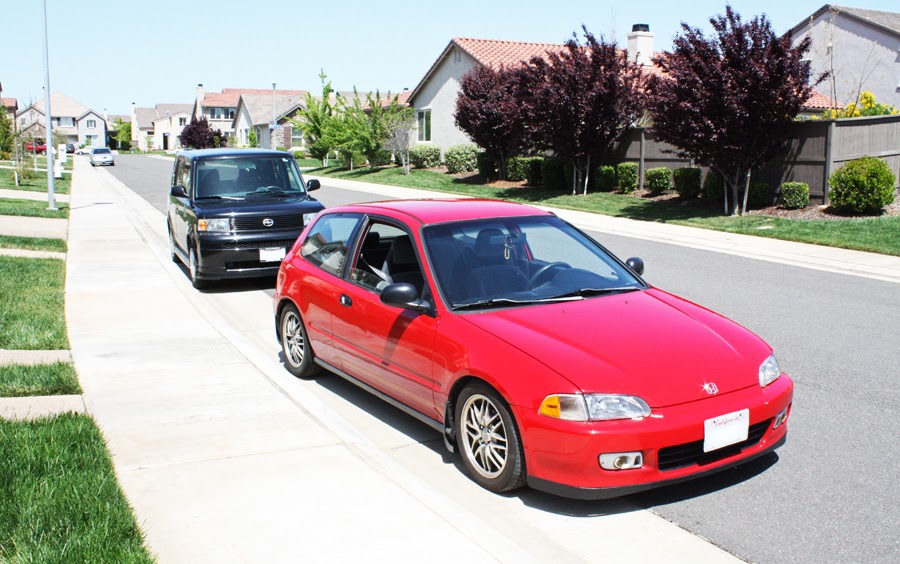 Do you feel happy or sad inside?

Do you miss the things that you did?

What about the things that you were?

Are you having the time of your life today?”